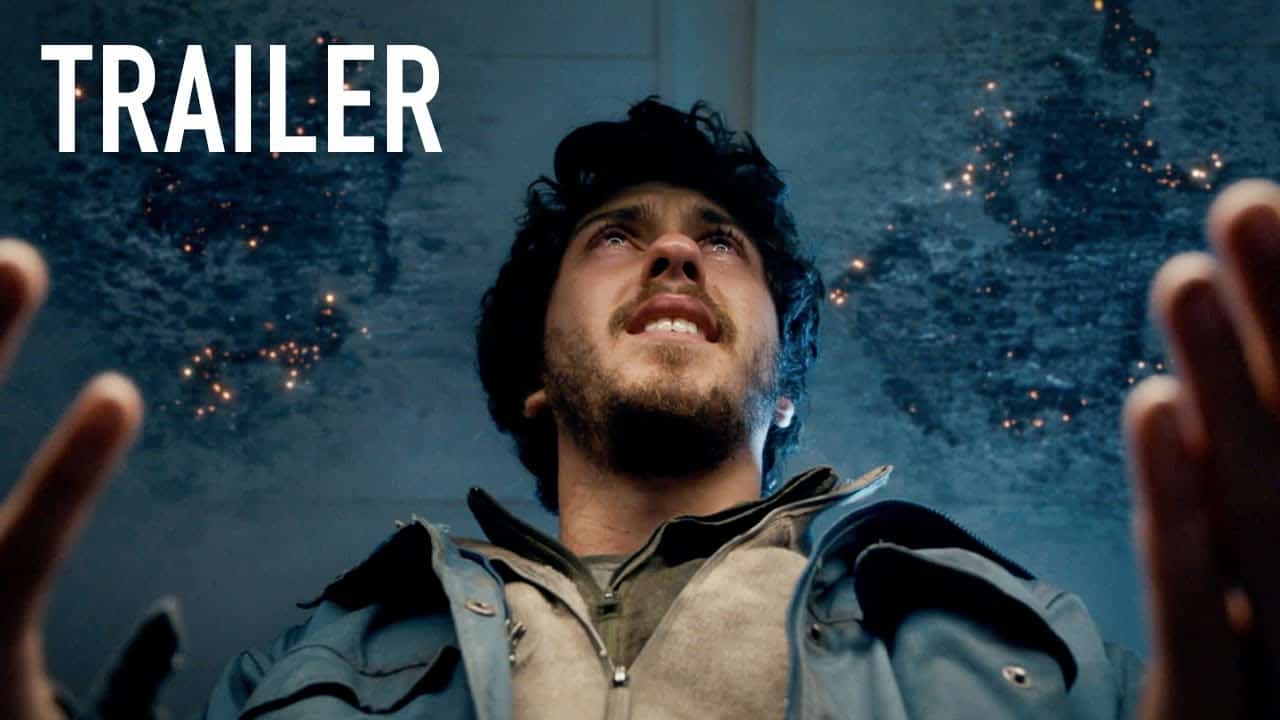 [ Mortal ] Somewhere in the Norwegian wilderness Eric (Nat Wolff) awakes from a nightmare that causes the trees outside his tent to burn to cinders.

He finds that his leg has terrible burns so he heads into town where he breaks into a clinic for bandages. After treating his wounds in a gas station bathroom, he begins walking down the road, presumably back to his campsite. While walking down the road, a group of teens stops to harass Eric. One of the boys, Ole, begins pushing him around. He warns him, saying “if you touch me, you will burn.” The boy grabs Eric by the collar, then collapses dead. Eric is later picked up at a bus stop by local police.

Christine (Iben Arkelie), a young psychologist, is asked by the local police to speak with Eric, where she learns he is an American-Norwegian who is also a suspect in an unsolved fire that took the lives of 5 people 3 years ago. Since the fire, Eric has been backpacking looking for family. She convinces him to sit at the table and confirms he has many generations of Norwegian ancestry. Christine decides to have his handcuffs removed for comfort and trust, Christine also confirms that everyone in the fire were relatives of Eric. Eric admits to killing his relatives and Ole, and as he speaks Christine’s hair starts to become statically charged and Eric pulls water up from her glass. He becomes agitated and his powers unleash, which causes the building to start electrical fires; Christine determines his emotions control his powers and quickly counsels him on how to focus to control his power.

The U.S. Embassy arrive to take Eric to America, but he refuses to speak to anyone other than Christine and demands they sedate him to fly in a helicopter. The sedative quickly wears off and mid-flight he starts to panic from being tied up. A thunderstorm causes the helicopter to crash into the sea, where Eric realizes that he can breathe in the water and burns his restraints away. He is able to save one American agent, Hathaway, and drags her to shore.

Eric finds Christine and she takes him to her friends cabin, where Eric explains that the fire was caused by him bursting into flames. He finally rests and Christine notices the plants are growing rapidly around him. Back at the hospital the American agent confirms with local police that he controls weather.

Christine decides they need to head to the farm. After crashing, a trucker gives them a ride until they reach Askøy Bridge where the police have set up a roadblock. In the middle of the bridge Eric submits and Christine is captured, but he draws upon the lightning, losing control. Christine coaches Eric to control his emotions and Eric uses the lightning to create a fence until he collapses and the storm subsides. The sheriff comes to their aid and rushes them both to the hospital. On the radio, the group hears social media is claiming he is the Norse god, Thor. At the hospital Eric’s powers cause a malfunction of equipment and a boy goes into cardiac arrest. Eric revives the boy, healing him completely.

The sheriff explains after Ragnarök Thor’s children built a farm which they believe to be the farm Eric’s family is from. At the farm Eric is brought to his knees and unable to move while standing over a type of Vegvísir. The US officer sets up military around the farm ready to kill Eric. The team finds a cave under the farm filled with Norse runes stones and a depiction of Yggdrasil. Eric is told it is time for him to go into the cave where he is drawn to a box of stone which contains Járngreipr, Megingjörð, and Mjölnir. Eric adorns all of this equipment and causes another storm which is controlled by the hammer. As Christina approaches Eric, a sniper misses him and shoots her in the head causing Eric to summon lightning channeled through Mjölnir causing a massive number of casualties.

The film ends with a news cast stating there is a cult of Thor and Eric is now a terrorist.

Waiting for the Barbarians (2020)- Plot Detailed