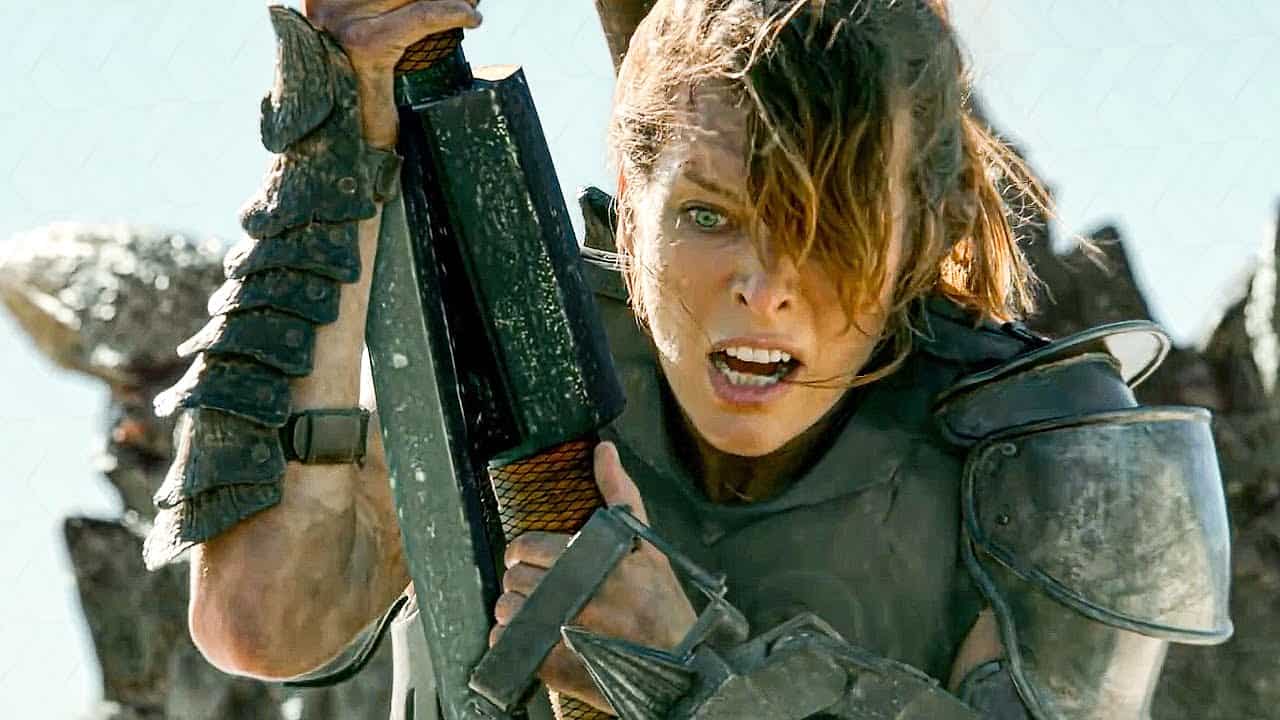 [ MONSTER HUNTER ] In the real world, United States Army Captain Natalie Artemis and her United Nations security team search for a missing team of soldiers in the desert. A sudden storm pulls them into a portal to the New World where they find the burned remains of the missing soldiers and their vehicles. As the Diablos approaches them, the Hunter, who is observing the group, fires a warning signal. Impervious to bullets and grenades, the Diablos attacks and kills two members of the squad.

The survivors hide in a cave, where they are attacked by a pack of spider-like monsters called Nerscyllas. Artemis is injected with their paralyzing venom, and as the others try to save her, more Nerscyllas arrive and swarm them. Artemis wakes up in a Nerscylla lair, finding her team dead or infected with Nerscylla spawn, and escapes the lair by setting the pursuing monsters on fire. Above ground, she runs into the Hunter in his hideout, and after fighting each other, they grudgingly agree to cooperate.

The pair reaches an oasis populated with herbivorous tortoise-like creatures called Apceros. When a Rathalos, a fire-breathing wyvern, flies by and causes the Apceros to stampede, Artemis and the Hunter are rescued by a group of hunters led by the Admiral. He explains that the Sky Tower was built by the first civilization to travel between worlds, using the monsters to protect it. Artemis agrees to help kill the Rathalos so she can return home safely.

Though she has the chance to stay, Artemis decides to go back to the New World and remain with the Hunters to protect the real world other monsters. The Admiral approaches her, just before the appearance of another flying monster; a black dragon known as Gore Magala. The Admiral notes that as long as the portal remains open, there will always be the threat that monsters will pass through to Earth. Artemis concludes that finding a way to take down the Sky Tower is now their primary objective as they prepare to fight the Gore Magala.

In a mid-credits scene, Palico, the Admiral’s anthropomorphic cat-like companion, arrives to help fight the Gore Magala, while an ominous cloaked figure observes the battle from the top of the Sky Tower.

Waiting for the Barbarians (2020)- Plot Detailed